Currently being developed into a web series.
Opal has been staring at half a picture her a whole life; but who is the stranger staring back? Skate has been living in the same place his whole life. When Opal returns to confront her past, she and Skate reconnect, and then an undone shoelace unravels everything.

Written by Linda Manning and Kevin Smyth
Directed by Kevin Smyth
​​
​An alienated New York City cab driver picks up a desperate fare who takes him on a ride of reawakening. 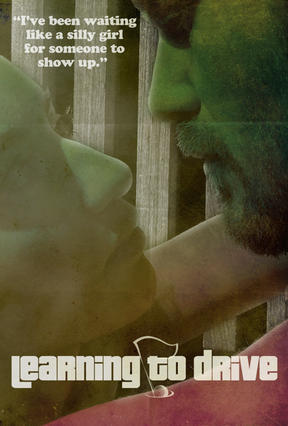 ​An introverted teenage girl tries to escape her abusive home when she lies about her age and gets a summer job at a local golf course where she falls into a secret love affair with a thirty year old disgraced golf pro.
​
"Breathtaking, poignant, and lovely, LEARNING TO DRIVE should be a strong contender for the industry's attention and interest...  A spiritual and chronological successor to nostalgic feature masterpieces like THE VIRGIN SUICIDES and ALMOST FAMOUS, LEARNING TO DRIVE is an accomplished, market-ready script .... There is a growing awareness of the fact that women comprise the majority of filmgoers; a script such as LEARNING TO DRIVE reflects so many facets of the female experiences of innocence, abuse, sexuality, and self-discovery that it would make a savvy pick for any studio looking to court this important audience."
The Black List 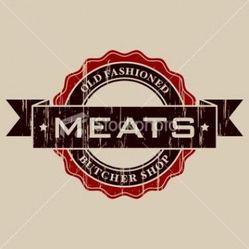 A forty year old former rock singer, having buried her artistic life to devote herself to her husband and children, falls in love with the alcoholic butcher at her grocery store who was once a great musician and risks everything in order to regain her voice.

"The sexual frankness and sense of female gaze in this script is a really strong and refreshing element. In a way, this script feels like a much darker take on a musical romance like Once. The use of limited locations in this New York-set script is a smart choice in terms of making the budget manageable. This script brings a fresh perspective to some familiar story beats"
​The Black List

​
Charlotte Bronte, brilliant, paralyzingly shy, and desperate to break away from her restricted, provincial life publishes her writing under a male pseudonym and then must fight to claim her identity on her own terms.
​ 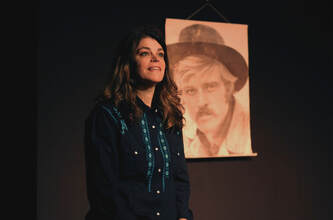 Linda tells the story of her past -- her flamboyant absent father, her predatory stepfather  -– and, in the wreckage, her search for perfect love. Hilarious and poignant, this is the story of the havoc this search wreaks on her adult life as she struggles to let the past go and set herself free.

“Nothing is off limits here as she explores love, lust, desire, betrayal, and brutality. She relishes in the telling of her tale. Her words are courageous and her performance is revelatory and joyous to watch..”
TheatreReview.NYC

"This world is full with brave and honest performances, but not quite like this, It was the sheer force of her work, her truth-telling, her deep dive into the known and not knowing how she might resurface that made us feel all the things we needed to feel."
Director Maureen Payne-Hahner

There is No You and Me (full length) 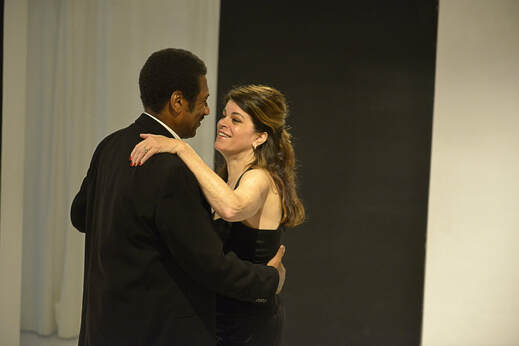 A married woman walks into a bar...
to reclaim a piece of her past.
Can she put an old lover to rest
and reinvent herself, or is this a
ghost story destined to be repeated?

​​"Such an unusual play. Very skillfully crafted.... Beautifully written sexual encounter. The writer bore her soul. She knows the grasp that love can have. Like being possessed by a mysterious, exciting energy of the other." ​New Works of Merit 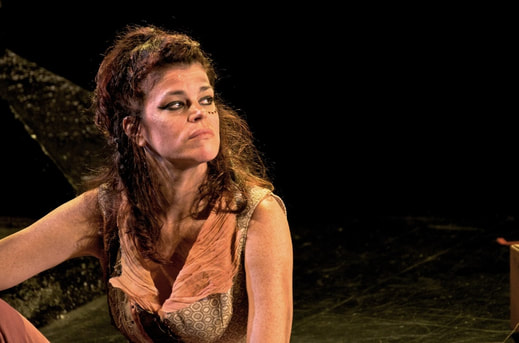 Cinderella, in the middle of a full blown mid-life crisis, has a panic attack and is thrust into the stories of Red Riding Hood, Snow White, and Rapunzel exposing their emotionally treacherous stories of sexual abuse, abandonment, and betrayal, and unearthing her own past she tried to forget.
​
"The ensemble of actresses are remarkable, particularly the evocative and nuanced performance by Manning. Bite the Apple is a smart script with intricate dialogue and beautiful language...."
Joseph Samuel Wright
Theatre Is Easy, New York, NY

​Guy, a successful truck salesman in his mid-sixties, is dying. When his estranged, middle-aged daughter shows up at his door full of self doubt having followed in his footsteps and become a wandering, rootless Cowboy herself, Guy must face the real world consequences of his actions.  Will he be able to save her before it’s too late?

DO SOMETHING WITH YOURSELF! The Life of Charlotte Brontë
(full length) 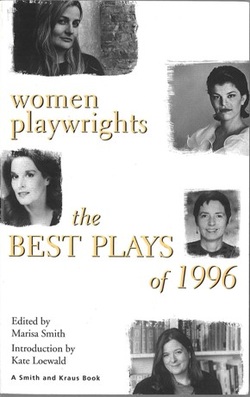 "Writer-performer Linda Manning gives us a fiercely intelligent and sexual Charlotte Brontë.... The writing delicately renders the conflict between family responsibility and the artist's calling, between romantic yearning and the realities of married love."
The Village Voice. New York, NY

The Fall of the House of Usher (full length) 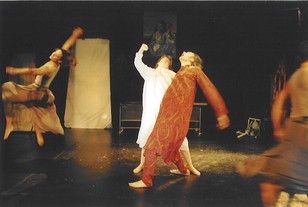 Produced by The Invisible Theatre in NYC
​
"The Invisible Theatre Company’s adaptation of the classic tale is strikingly fresh, thanks to playwright Linda Manning’s bold vision.... Manning had a dynamic presence .... Deftly handling the madness that lies at the heart of Poe’s tale, Manning oscillated from a petulant little girl, to a proper young lady, to a disturbing sexual force.... The amount of humor that Manning has incorporated into the script, without compromising its horror, is one of its greatest accomplishments.”
The Off-Off-Broadway Review, New York, NY