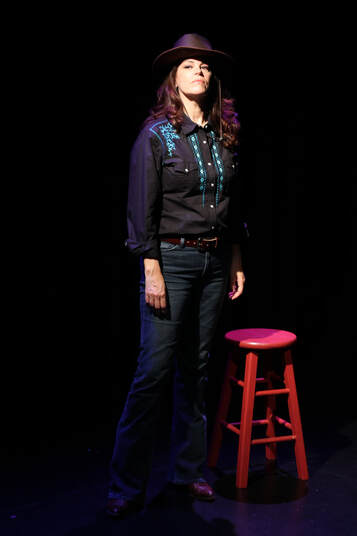 "Linda Manning proves mighty onstage in Perfect Love....   A 70s something female was seeking a type of perfection, beyond the feminine mystique where a young woman could hope not to be devalued or ignored or thrown away.  Linda Manning wants to interrogate this type of perfection.  She repeats sequence by sequence, slowly developing consciousness beyond an unsightly room.  The truth of her teens is nothing like a beautiful confusion.  Yet, her desire to find form and create beauty is constantly present.  Alone on stage, shedding light on passages of time that had been obscured, the solo artist finds dimension in a previously empty space." TheaterPizzazz.com

"Nothing is off limits here as she explores love, lust, desire, betrayal, and brutality. She relishes in the telling of her tale. Her words are courageous and her performance is revelatory and joyous to watch. She seeks and we gladly follow through both the good and the bad until she eventually discovers that what she’s endured has forged her into the exceptional woman and artist she’s become."
​Edward Medina, TheatreReview.NYC

"We live in a time when women STILL cannot speak many truths without being morally, personally, socially bludgeoned, but if you are seeking inspiration to not only “speak” the truth, but “live” the truth … You MUST see this show."  WIN - Writers Innovative Network
The Dramatists Guild Blog - January 2020 -- Why I'm Like This: Developing My Solo Show
The Dramatists Guild Blog - March 2020 -- Tell Your Story: Performing, Producing and Promoting my Solo Show

Bite The Apple
by Linda Manning

“FringeTastic: Bite The Apple
The characters continue to peel back layers of each other, slowly revealing the meaning behind each of their happily ever afters.  I recommend Bite the Apple to anyone looking for a relief from the classic fairytale ending."
Alison Goldman, Play by Play, New York, NY
NY Daily News - 2012
"Bronx Playwright Takes Fictional Look at the Lives of Six Grimm's Fairytale Princesses"

Do Something With Yourself! The Life of Charlotte Bronte
by Linda Manning
Produced by The Invisible Theatre
Published by Smith & Kraus

This wonderfully quixotic piece by Linda Manning explores the struggles Charlotte faced, including her own stifling romantic ideals. With a striking level of skill and versatility, Manning and her costar Michael Pinney interpret the author's life in a manner that is always theatrical and ultimately moving."
TimeOut New York, New York, NY

"Writer-performer Linda Manning gives us a fiercely intelligent  and sexual Charlotte Brontë....   The writing delicately  renders the conflict between family responsibility and the artist's calling, between romantic yearning and the realities of married love."
The Village Voice, New York, NY

"DO SOMETHING WITH YOURSELF! . . . is a splendid example of what is special about live theater . . . and is a work of theatrical magic.  If you appreciate innovative theater, don't miss it."
Town & Village, New York, NY
"Pulling Linda Manning's play far away from the usual schoolish biographies is its intelligence, the sensuality of its heroine, and its exceptional theatricality . . . .  Please, please, please do not miss it."
This Month On Stage, New York, NY

The play gives us brilliant insights into the inextricably joined nature of life and art . . . .  What we are left with is a beautiful testament to the many ironies of the human condition, torn as we are in the struggle between the mundane and the exquisite. Do yourself a favor. See this play."
The Nice Paper, Providence, RI

"Manning has written a dynamic framework, full of conflicts and tensions, within which to exercise her nimble acting talents."
The Providence Phoenix, Providence, RI

"This is an opportunity that shouldn't be missed."
Warwick Beacon, Warwick, RI 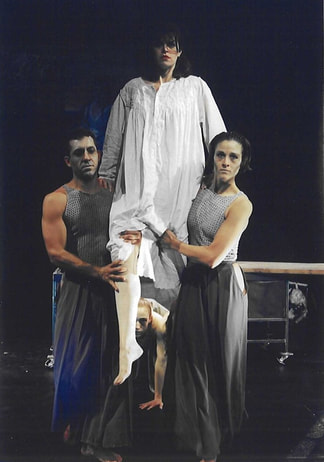 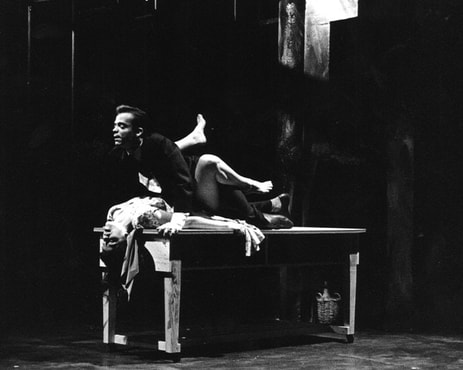 "Linda Manning is charmingly vulnerable as the girl Humberto sleeps with, then abandons, and superb as the Doctor."
The Mansfield News

"Equally exciting are the performances of two Trinity Rep Conservatory students: ... Linda Manning is both very sad and very charming."
The Nice Paper 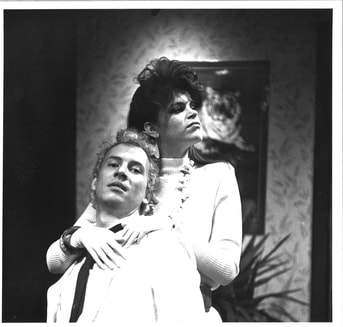 ​"At Germinal Stage Denver, the three women and four men in Hurlyburly take the stage like armed guerrillas. Director Ed Baierlein has melded his actors into an energy-charged mass that threatens to go critical in a barrage of obscenities....
Linda Manning is superb as Darlene, a tall, gorgeous prize manipulated by Eddie and Mickey for their own ends."
Jackie Campbell
Rocky Mountain News

My Sister in this House
Germinal Stage Denver 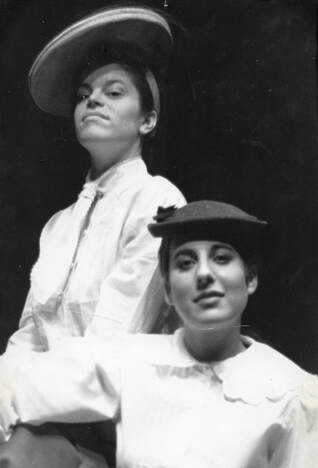 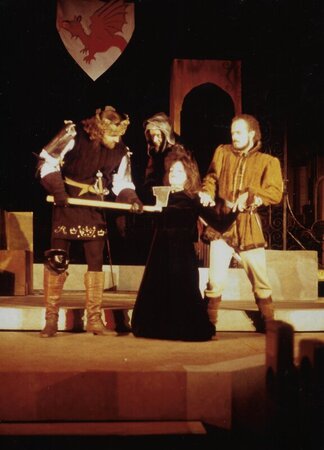 ​"Linda Manning plays Elizabeth, the widow of King Edward IV. We watch entranced as Richard cajoles her out of her mourning for her little sons (whom he has dispatched) and strokes her velvet mourning clothes. Manning is the perfect "painted queen" of the text."
Jackie Campbell
Rocky Mountain News 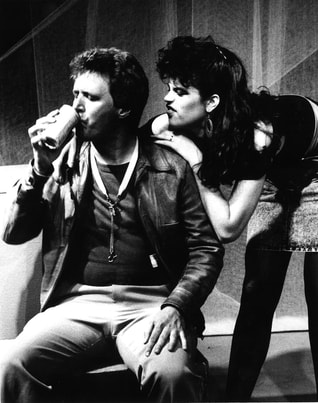 ​"Linda Manning lends her fascinating persona to Rita in Shoes, providing the mysterious, sexy reserve that is her trademark as a performer."
Jacob Clark
Westword

The Summer of the Dance
The Changing Scene 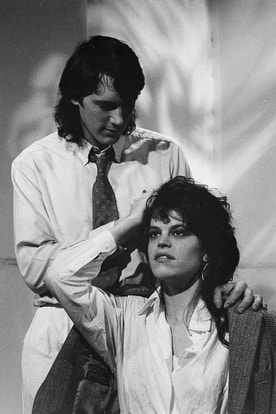 "Linda Manning is sultry as Marianne. Her subtle voice inflections indicate the girl behind the flirtatious woman. Manning's pouts and pauses provide much of the production's humor."
Bob Haas
Westword